Dan, Scott and Chad Head to the Bighorn for Day 2

After our walk and wade exploratory, we ventured west to float Wyoming's Bighorn River. We had heard that fish numbers were down after two years of very high water that apparently flushed out many of the smaller fish. We were told there weren't many fish... and that the fishing wasn't that good. 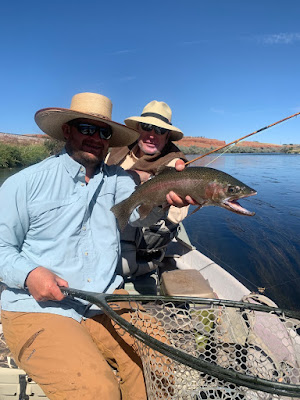 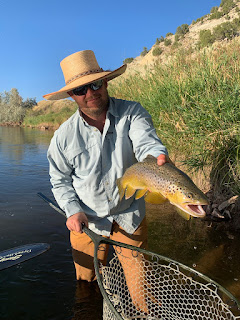 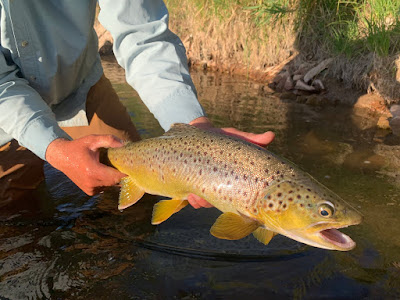 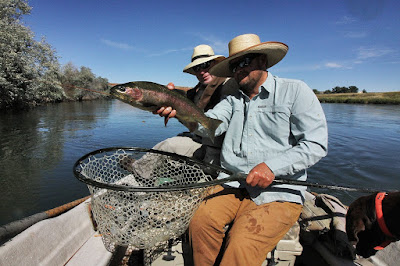 Well, I don't know how many fish you need in a day to be happy, but short of Alaska, I've never caught such big fish. Yes, we didn't catch many, but the ones we caught were all 18-21 inches and fat.... no that's not correct, they were.... FAT, FAT, FAT!
Some of the 'bows we caught were 6 or 7 lbs. They were strong powerful fish. I caught one at the end of the day I couldn't control with my 4 wt. It took me quite awhile to land this fish. 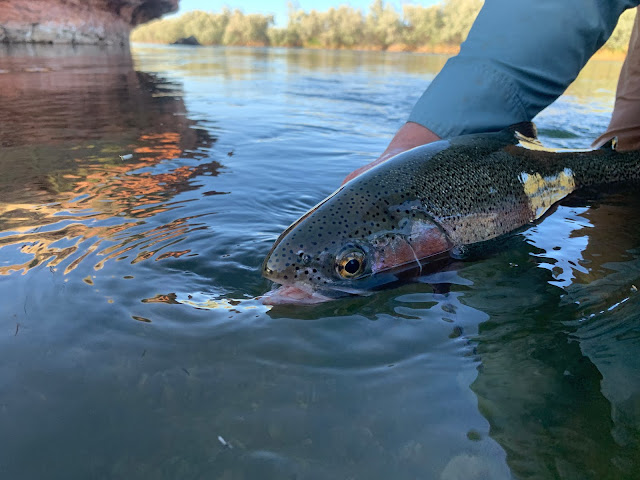 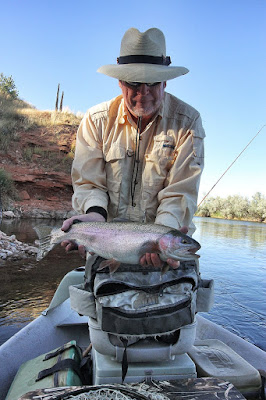 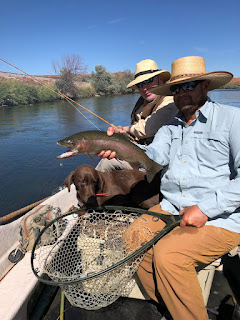 Of course, it was lots of fun being with Dan and Chad again. Thanks for the invite fellas!

The following day, Dan had to fly home and Chad was driving him to the Billings airport. I decided this river deserved another thumb's-up from me. I had my kayak with me so my plans for tomorrow were laid the moment I stepped out of the river on following this great day. I would kayak and get out to wade fish slowly. Any runs or rising fish would merit my attention. If I was very stealthy and sneaky, I  was curious what I could find...
stay tuned for my report!