Day 5
This was simply a fantastic day... It was sunny, warm and calm... truly perfect.  If the weather was like this every day, there would be condominiums here and tourists drinking blue sugary drinks with pineapple slices on the rim. Instead, Marcia Dorsey and I saw no one while we fished with Riley.
Early in the morning, Marcia bent her rod on this year's big dollies while I raised, but was unable to hook, a 25”- 26” 'bow from below a pourover shelf.  Mesmerized by this fish, I was nonetheless ready to catch something when we later arrived at a long, marshy side channel. There were scores of chums spawning in the channel and a few spent chums beached on shallow gravel bars at the end of the run. They could now only gasp for air. Their prom was over... there would be no next year!  As we walked up the channel, bear sign pulled our attention from the channel. There were tracks in the mud, partially eaten salmon on the banks and bedding spots everywhere in the high grass. We nervously made loud conversation. 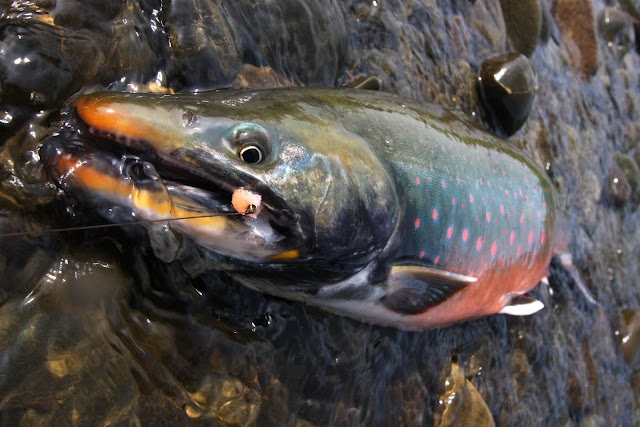 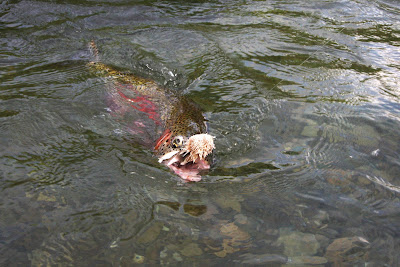 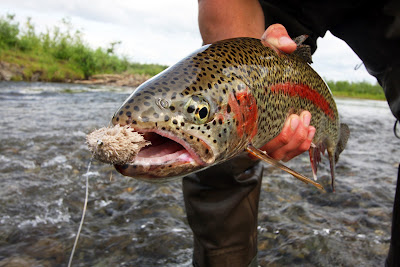 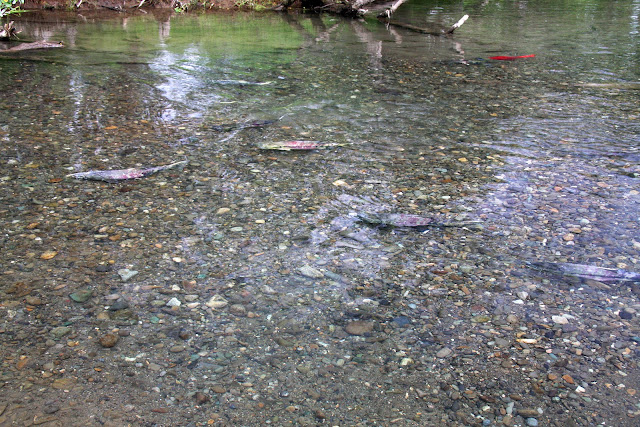 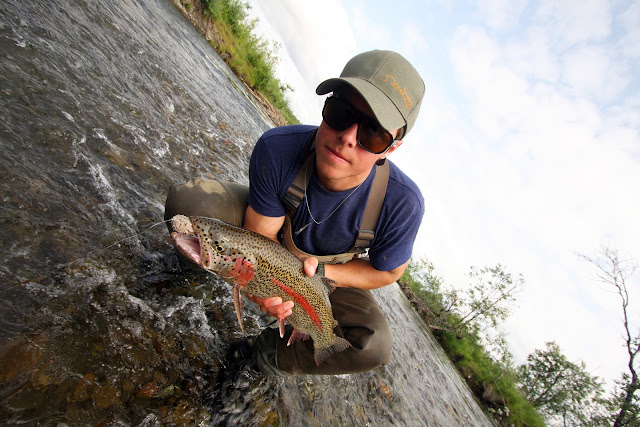 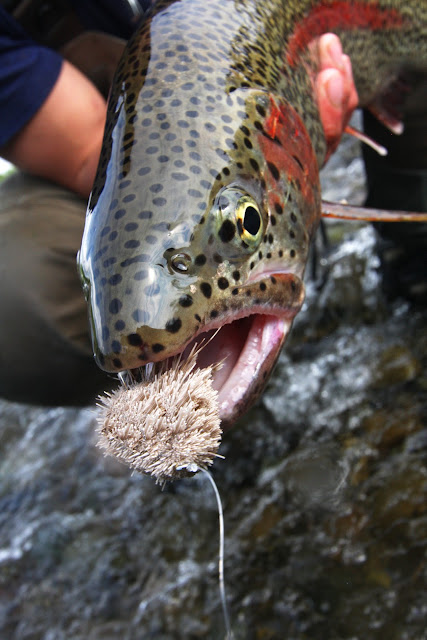 While Riley fished with Marcia, I threw a mouse for 'bows. In a long slick below a beaver dam, I hooked two 20" 'bows near some schooled sockeyes.  Then I caught a 23” dollie on an yarn egg in a small bathroom-sized riffle/run. This dollie was bright and beautiful and strong.  I photographed him and tossed a fat mouse into another bleed that was coming back into the channel. After a four foot drift, I lost sight of my mouse. I struck, not quite sure what had happened. I came tight to a big fish. Usually a mouse is savagely slashed at, but this mouse had been sipped in like a dry fly.  The fish jumped showing the bright red slash of a bow.  Riley rushed over to hold the fish for photos!  It was a beautiful 22” bow. Small water, big fish... on a  mouse - ahhh... you gotta love Alaska! 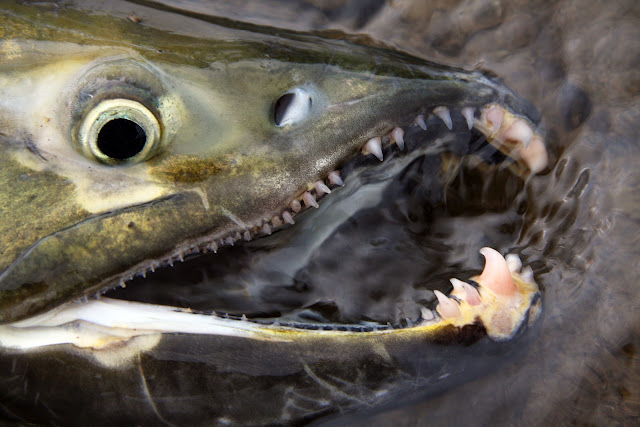